How much Nostalgia is Enough?

I saw the Veronica Mars film a few weeks ago. As a fan of the show, it was a nice trip down memory lane with a possible opening for another trip. It hit all the right notes for fans and highlighted some of the former shows’ more memorable storylines. Almost like an extended reunion episode on the big screen! Nostalgia like that, in small doses, is welcome. Nostalgia like what’s being seen currently in Hollywood, around every corner, so many movies squeezing every drop of blood from a long dead franchise, is not so much.

I understand the aim here. In a time where movies cost more than the GDPs of small countries to get made, studio heads feel that films that were once household names are the safer bet. Every studio is looking for the next Harry Potter, Twilight or comic book mega blockbuster. But at the end of the day, resurrecting these franchises that haven’t been popular for two decades or more usually does more harm than good.

Case in point; Lone Ranger. Was there ANY deep outcry for a Lone Ranger film from the general public. On second thought, don’t answer that. We all know the answer.

Or ‘RoboCop.‘ What did this film do that really improved upon the original? From what I’ve heard, not much. Hence why that tanked as well. Sometimes, if fans want nostalgia they will just watch the original or buy the remastered Blu-Ray.

One of the primary reasons why those films did well during their times was because many of them were groundbreaking and original at the time. Films like that need to be the norm once again. For example, Jupiter Ascending.

By all rights, this film might turn out to be terrible. But name some of the last sci-fi films you can remember that were original. I can think of Looper, District 9 and Cloud Atlas (which I haven’t seen yet). Its investing in the unknown that can draw in the masses, not continuing to mine in the past. I mean, they’re so strapped for ‘familiar brand names that they’re making a ‘Jem and the Holograms’ live action film.

Jem and the Holgrams? I mean, come one. COME ON. 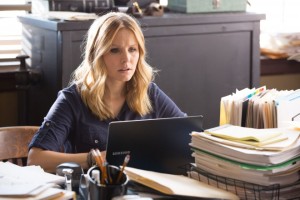