The Martian is the latest entry into the recent resurgence of space exploration films over the last few years. I, for one, am totally stoked to see epic sci-fi movies again as these are what will inspire future generations of sci-fi creators (writers, filmmakers, etc).

By now most people know of The Martian’s origins as a self-published work by author Andy Weir that exploded onto the mainstream. I haven’t read the novel yet (but I will), so I went into the film adaptation without too much bias.

Premise:
The Martian takes place in a near future where NASA has gotten its groove and funding back, sending regular manned missions to Mars. Everything is going according to plan for the Ares III crew, which included Dr. Mark Watney (Matt Damon). That changes in a heartbeat when Mars’s atmosphere decides to become an asshole and pummels the planet’s surface with a raging sandstorm. Obviously, an evacuation is unavoidable. During the departure, some stray debris strikes Watney and separates him from the crew. This forces the Ares III crew’s leader, Commander Lewis (Jessica Chastain) to make the heartbreaking decision of leaving Watney behind so she can save the crew and get off Mars.

But unknown to everyone (at first), Watney somehow survived and makes it back to Ares III’s still functional living quarters. So with 31 days worth of food left, no way to communicate with NASA and no one else to help him on an inhospitable planet, Watney is going to have to “science the shit out of this” dilemma in order to survive the four years before the next Ares mission reaches Mars. 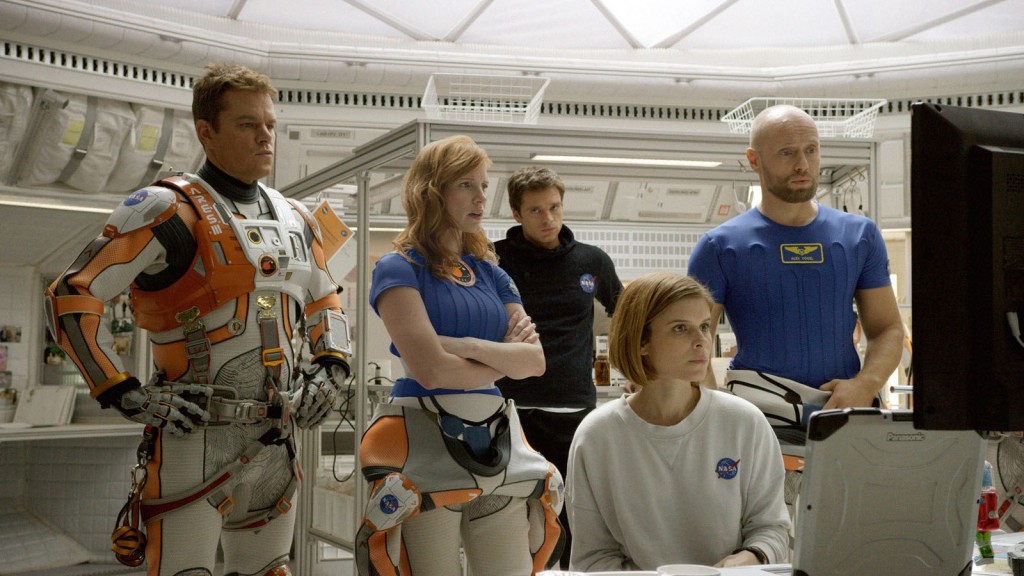 Review:
Let’s get right to what I liked. Matt Damon creates an extremely likable character as Mark Watney. He has the right mix of humor, competence, fear and frustration given his impossible situation. This makes it easy to cheer Watney on has he uses his scientific know-how to surmount the incalculable challenges facing him on Mars. He basically Matt Damon-ed the shit out of that role.

Speaking of competence, I’ve read on a few other reviews how refreshing it is to see competence porn being celebrated on film again. I wholeheartedly agree. One of my big issues with films like Gravity was how supposedly trained and smart scientists devolve into absolute morons in the face of overwhelming odds. This did not occur in The Martian. Yes the scientists, engineers and government officials sometimes made mistakes, they clashed and occasionally threw tantrums when shit went south, which it did quite a few times or else there wouldn’t be a movie. And of course space did not cooperate because again, space is a giant asshole. However, all across the board the characters of The Martian used their competence to try and bring Watney home.

The storyline was engaging, helped significantly by showing the happenings on Mars, the Ares III crew flying back to Earth and NASA HQ back on Earth. Not only that, the film had its funny moments too. Watney had some snappy one-liners, as did many of the cast throughout the film. Not all grand and epic films have to be relentlessly grimdark or self-serious to the point of parody (Hi Interstellar!). There was this great scene at the NASA HQ where Donald Glover’s super genius character was explaining a plan to rescue Watney after another plan had gone terribly wrong. They worked in an amazing geek reference, made even more hilarious by Sean Bean’s presence in The Martian. You’ll know it when you see it.

As for the cast, what a fantastic, diverse lineup this film had. No matter how short their time onscreen was, everyone brought something to the film. You can feel the crew’s quiet grief after they have to leave Watney behind, and it didn’t require any huge tear-jerking scenes. All the female characters were great, especially Jessica Chastain as Commander Lewis. She just exuded the presence of a leader without even trying. Then again Ridley Scott always had a talent for bringing complex and strong females to life in films. Kirsten Wiig, who is usually in more comedic works, also did great as one of the NASA higher-ups.

Jeff Daniels serves as NASA’s managing director, and more often than not his desire to bring Watney home clashes with his duty to keep NASA afloat while dealing with the the Ares III mission fallout. Sean Bean’s character cares only about the crew’s well-being and will do anything to help them. Chiwetel Ejiofor is a character that started off a bit coldblooded in his drive to keep the Ares program running, even more so than Jeff Daniels’s character. But after Watney is discovered alive, he is the one who talks the most with Watney once the latter finds ways to communicate with NASA back on Earth.

While many characters made selfish, reckless and sometimes stupid decisions for the sake of NASA or to rescue Watney, there was no actual villain among the cast. I loved that so much. Time, Mars and that asshole Space were all the obstacles this film needed.

As you can tell, I really liked this film and would totally see it again. My only issue was the run time. They could have shaved off a good 10-15 minutes. Other than that, I highly advise you to see The Martian!

So much for the so-called “Mars movie curse”. 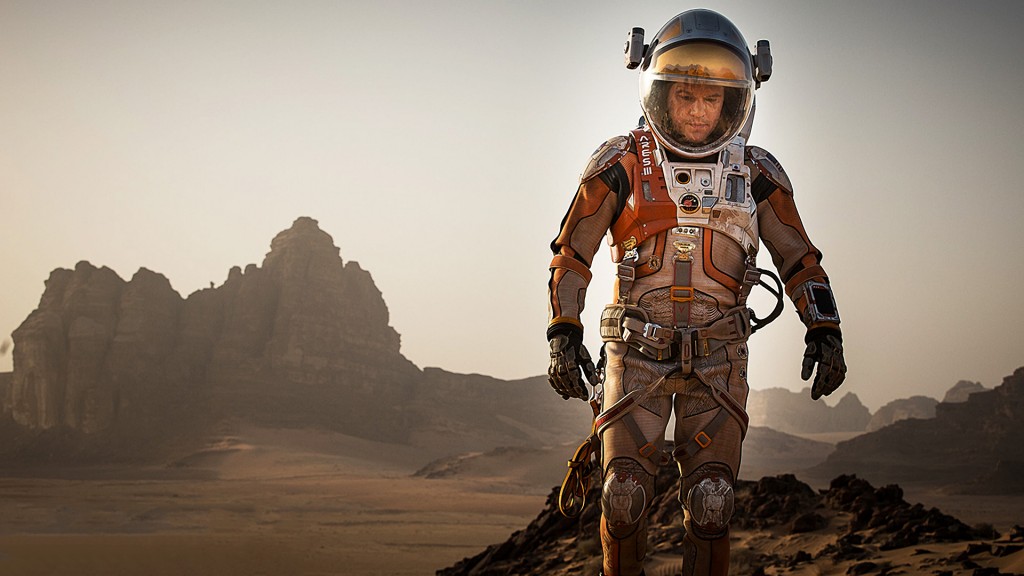 Here’s some cool in-universe viral videos created during the film’s promotion to introduce the crew of the Ares III mission. Ridley Scott did this for Prometheus as well. Love this type of stuff. Enjoy!

2 comments on “REVIEW: The Martian”