Daredevil has long been one of Marvel’s more underrated characters; a street-level vigilante who didn’t have super-strength or heat vision. Despite being blind, his heightened senses of hearing, taste, touch, and smell (in combination with his training from the enigmatic Stick), gave The Man Without Fear an edge over the forces that threatened his corner of NYC. 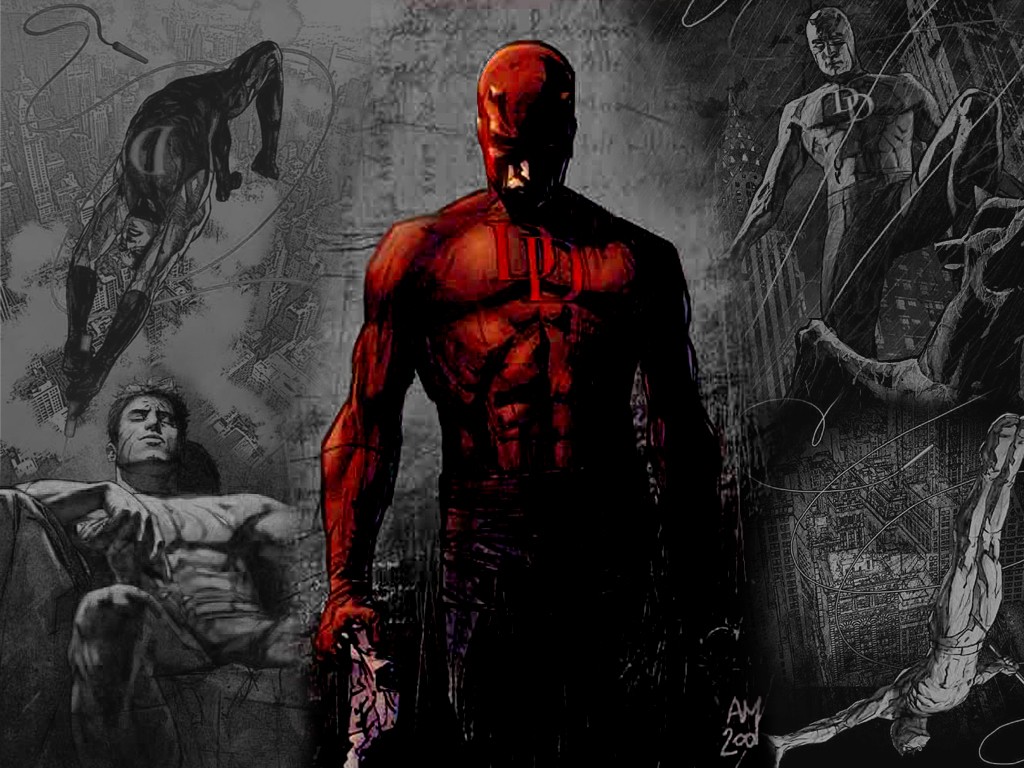 Five years before the comic film renaissance with 2008’s Iron Man, the first major live-action of Daredevil failed to deliver with audiences. Now while many hated the film, I felt it was not that bad (even though it was not perfect) and could have been way worse. No matter how you felt, Daredevil remained a pariah for over a decade so much so that FOX didn’t put up a fight when it lost the film rights. Since then, I knew the only way to truly capture the Daredevil comic book fans love and know is not in the PG-13 world of feature film, but on premium cable channel where the dark and gritty nature of Daredevil won’t be neutered.

So imagine how happy I was to hear that Daredevil gets a 13-episode first season on Netflix. Even better, we hear that Daredevil is part of Marvel’s plan to create a new superhero team called The Defenders along with Jessica Jones, Luke Cage and Iron Fist. One of the first trailers is below:

Still with me? Cool. So how was the actual season? 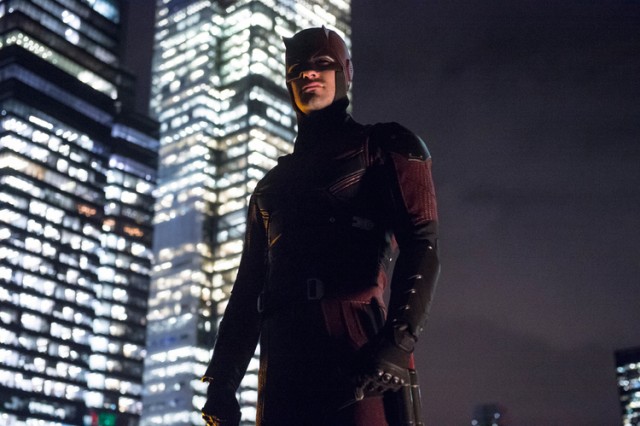 At the start of the series, we find out that Matt Murdock has been operating in Hell’s Kitchen as a vigilante for some time, but in secret. He’s more helping people in need, beating the crap out of the usual scumbags and drug dealers. At this point, he’s not actually called ‘Daredevil.’ At the same time, he and BFF Foggy Nelson are setting up a law practice as opposed to taking jobs at massive soulless corporate law firms.

As the season unfolds, we get flashbacks into Matt Murdock’s past, slowly deconstructing how he came to be this vigilante. We see his tragic yet loving relationship with his dad (mainly Episode 2 but other tidbits show up in later episodes), the first time he meets Foggy in law school (Episode 10), how he learned to fight (Episode 7) and when he actually started his vigilante career.

Their first client is a young woman named Karen Page wrongly accused of murder. Matt, thanks to his enhanced senses, knows she’s innocent. But their involvement with Karen leads both Matt and Foggy into the murky scheme by Wilson Fisk to remake Hell’s Kitchen.

Speaking of Wilson Fisk, his presence is heavily felt in the first two episodes, even though we never see his face. In fact, we don’t get the full reveal until the end of the third episode when he begins his courtship of art gallery owner Vanessa Marianna.

Hell’s Kitchen is also a major character in this series, the not-so-nice part of New York that never got the message to gentrify. The neighborhood is full of dark corners, almost every cop is on Fisk’s payroll, human traffickers and drug dealers operate with impunity, and one should always walk around with both eyes open at night…along with a canister of mace.

What makes Daredevil such a great origin story is several things:

1.) Its neither an origin story nor featuring a fully formed Daredevil. Matt Murdock is still in the early phase of his superhero career. He’s not wearing the red suit with the horns or wielding the modified baton just yet. He makes mistakes out in the field. A lot of times even when Daredevil wins fights, Murdock gets his ass handed to him. He’s constantly wrestling with whether or not he should actually cross the line and kill Fisk upon realizing how deep his corruption runs.

Its a a fascinating portrayal of a complex character and actor Charlie Cox does a brilliant job giving Murdock that needed texture. Plus, as mentioned above, Daredevil’s origin is slowly revealed in satisfying doses. And its great to see the fights and encounters which eventually lead to him putting on the iconic red suit.

2.) Daredevil is the main character, but this show also features great supporting characters. Foggy Nelson and Karen Page get showcased and developed well, bolstered by strong performances Elden Henson and Deborah Ann Woll respectively. They are Matt’s family. And as fans of the comics know, Karen is an eventual love interest for Matt.

Stick, Matt Murdock’s childhood mentor, also makes a fantastic debut in Episode 7. He’s a very ‘absolutist and militant’ character whose presence not only showcases more of Matt’s past, but also hints at a brewing shadow war in future story lines.

Plus, Ben Ulrich, a popular Marvel background player, gets a fantastic story arc. He’s a veteran investigative reporter fighting to remain relevant in an industry new run by twenty-something bloggers and vacuous gossip rags. Plus, Ulrich is dealing with personal issues that make him reconsider just throwing in the towel with what he loves to get the bigger paycheck.

3.) Wilson Fisk. The Kingpin is definitely the villain of this story. But even he is wrestling with his morality. Is he a good man for singular vision to rebuild a better Hell’s Kitchen, or is he a monster for all the horrible acts he’s committing or orchestrating to reach his dream. Plus, Fisk is a savage when angered. Quiet a few times, we seen him kill those who’ve either embarrassed him or threatened those he holds dear.

It becomes very evident why the criminal underworld is scared of Fisk, so much so that they give him the Voldemort treatment early on in the series. In fact, one low-level scumbasket killed himself after giving up Fisk’s name rather than have everyone he loved be killed in retaliation.

We also get great characterizations from some lesser antagonists like Madame Gao, Turk and others that make up the dark and twisted tapestry that is Hell’s Kitchen.

4.) The evolution of Daredevil’s costume. It almost became a running joke at how so many people commented on Daredevil’s first costume kind of sucking. As he has more violent encounters and begins piecing together the puzzle that is Kingpin’s scheme for Hell’s Kitchen, Matt Murdock gets smarter and realizes that he not only has to up his game but also upgrade his arsenal in order to to win.

5.) Matt Murdock the Lawyer. Throughout the series, we see how Matt Murdock’s cases continuously dovetail into his war with Wilson Fisk. Even better, it is shown that while Daredevil is necessary in dismantling Fisk’s organization, Matt Murdock the lawyer is just as essential in taking down Fisk as Daredevil.

6.) Action! The fight scenes were grounded, realistic and so brutal. And in case you are still skeptical on the quality of Daredevil, here’s the fight scene at the end of Episode 2 which totally sold me on this show. Enjoy!

In short, I loved Daredevil. It was everything this character should be. Seeing this, I have high hopes for the next three series coming to Netflix as well as the Defenders miniseries which brings all of these characters together.

Now, here’s where I have to get a little spoilery. As expected in a Marvel property, the 13 episodes are laden with Easter eggs. Here are a couple that I spotted and researched a bit. 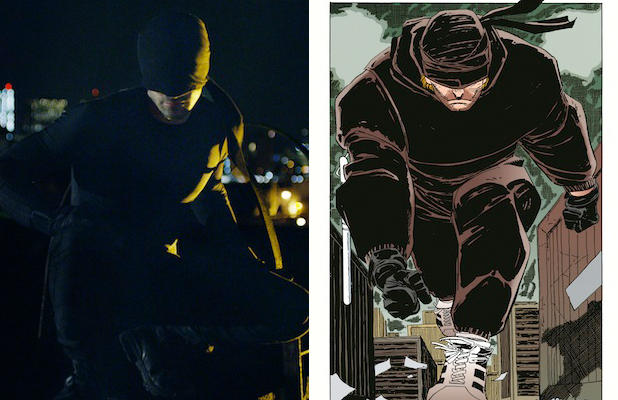 The outfit that Daredevil wears throughout most of Season 1 is a direct ode to Frank Miller’s The Man Without Fear storyline from 1993, taking place in Daredevil’s early days as a hero. 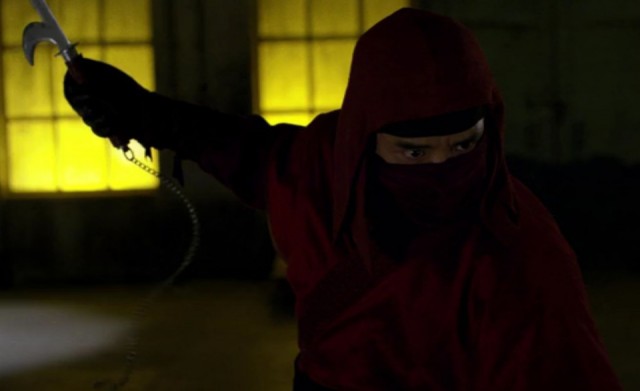 In earlier episodes, Nobu appeared to be some constantly pissed off Yakuza crime boss in league with Wilson Fisk. But in Episode 9, Nobu is revealed to be a member of Marvel’s go to ninja baddies The Hand. While the Hand is not mentioned by name it was clear that Nobu was just a taste of what we can expect in future story lines of Daredevil. And I for one can’t wait!

At first glance, Madame Gao is simply an old, evil Chinese crime boss with possible Triad ties and one of Wilson Fisk’s allies in his bid to rebuild Hell’s Kitchen in his own image. But toward the last few episodes, especially the Season Finale, it becomes clear that Madame Gao is something entirely other.
When she defended herself against Daredevil with a double palm strike that sent the far younger man flying across the room. Then the mention of her home being ‘considerably further’ than mainland China.

Word around the Interwebs is that Gao resides in a mystical city which will probably play into the mythos of Iron Fist (coming sometime in 2016). 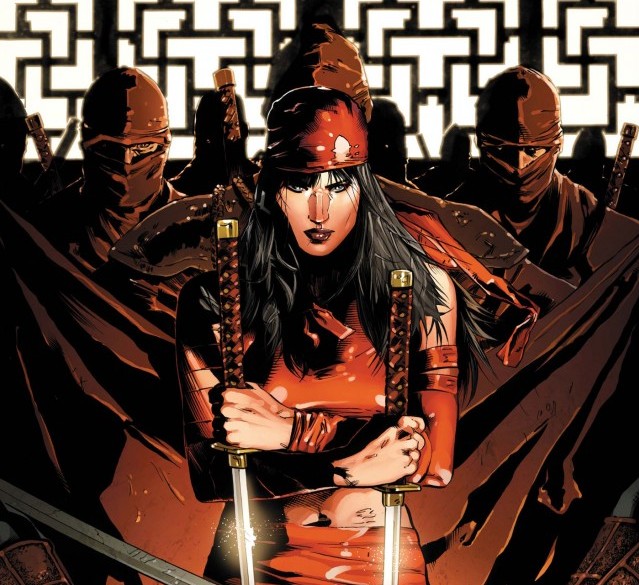 Despite the character’s lacking portrayal in FOX’s early 2000’s films, Elektra is an integral part in Matt Murdock’s life.
She gets a very vague mention in Episode 7 when Stick mentions Matt burying his…ahem… sorrows between the legs of some supermodel. But in Episode 10, we see a flashback of Matt and Foggy in law school where Foggy brings up some Greek girl that Matt used to date.
it was smart to distance this new Daredevil from its earlier incarnation, but I have no doubt that Elektra will play a large part of Season 2. Plus, I have totally faith that this show will give the character her due.

Marvel Cinematic Universe:
In this show there were several mentions of the larger Marvel Universe out there. For starters, we find out that the opportunity for Kingpin to rebuild Hell’s Kitchen off the backs of its inhabitants was born from the destruction left by the Battle of New York.

Also, in reporter Ben Ulrich’s office, we see newspaper clippings featuring the devastating battle at the climax of the Avengers.

In a later episode, even though its at night, an eagle eyed fan spotted Avengers Tower in the background of the NYC skyline.

Mike:
A rare and short-lived plot line in Daredevil featured Matt Murdock posing as his super happy and flashy twin brother ‘Mike Murdock.’ Matt asking Claire Temple to call him Mike in Episode 2 was a subtle nod to that plot.

Roxxon Corporation:
The name has come up countless times in Marvel Comics, and a few times in Marvel’s films. Basically, Roxxon Corp are the worst kind of T-Primed, A+ corporate douchebags. They are here in Daredevil to showcase why Matt and Foggy left corporate law to start up their own law firm via flashback.

Bullseye:
While Elektra’s mention was more conspicuous, Bullseye was a bit more subtle. In Episode 6 where Fisk and Daredevil first speak via walkie-talkies, a sniper takes out several cops from a rooftop. We never see said sniper’s face but it is shown that he’s carrying a pack of cards, which is a popular weapon used by Bullseye. 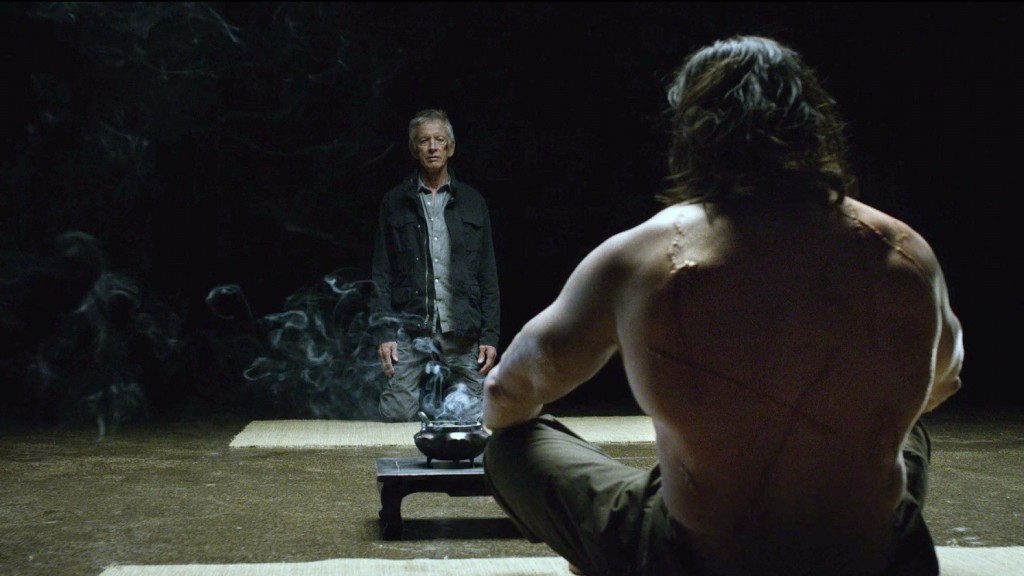 In the comics, The Chaste is the benevolent ninja group that combats the Hand. At the end of Episode 7, we are teased at the looming war between the two factions, and how Stick is unsure of Daredevil’s place in it.

Alright, I’ve rambled long enough. Check out the series and tell me your thoughts. Also, what Easter eggs did you find?