The new Fall TV season has begun, and with it comes a growing fixture of TV superheroes, capitalizing on the recent string of superhero films now dominating the movie screens. Let’s take a look at how a few of them did on their season premieres. 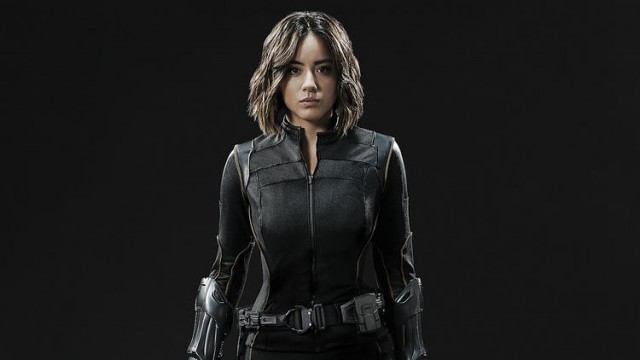 Agents of SHIELD returned for its third season premiere, taking place a few months after the events of the Season 2 finale.

Essentially, SHIELD is still underground as the world doesn’t trust them after the events of Captain America: The Winter Soldier. Their primary mission focuses on finding newly minted Inhumans. Coulson, Skye (now officially Daisy Johnson), Mack and Nick Hunter are the main agents on the field. Bobbi is still recovering from her torture and near death at Ward’s hands, so she’s filling in for Simmons by working in the science lab. Bobbi working in the lab was odd, but Adrianne Palicki made it work. Fitz is the only one who has not accepted that Simmons might be gone for good, and is taking ridiculous risks to try finding her.

Speaking of Simmons, there has been no activity from the Kree monolith that swallowed her up at the end of Season 2. May has not been seen or heard from since she decided to take some personal time off with her ex-husband. And in her absence, Daisy has kind of become Coulson’s number 2.

In short, while SHIELD is functioning, the family is very broken right now.

Not making things easier are the new Inhumans popping up all over the the world and rather violently. Along with that, there’s a new agency (ATCU) led by Rosalind Price (the always excellent Constance Zimmer) tracking these new Inhumans as well. 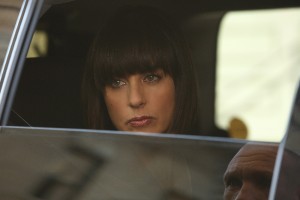 And Ward, now fully embracing his heel turn, is the new leader of Hydra. No sign of him in this episode, but SHIELD has not forgotten him.

Fitz annoyed me…a LOT. I get he is in love with Simmons, so his reckless actions do fit the character. On its own, this would be a great story for Fitz, and Iain De Caestecker KILLED those emotional scenes. However, after how his arc went in Season 2 with him being physically and emotionally compromised, he just feels like the team’s weak link. Fitz has proven himself a number of times in the field, he still feels like he has no place outside the lab. Just sayin…

I still can’t bring myself to give a shit about Bobbi and Hunter’s relationship. The two actors are good with everyone else, but have zero chemistry together. Also, Bobbi belongs with Hawkeye. Yes, I’m a stubborn comic geek like that.

On a side note, I do like that Hunter is aiming to hunt down and kill Ward. Highest five ever dude!

I’m intrigued by Rosalind Price’s ATCU and her motives. Plus, the twist in regards to ATCU’s search for Inhumans was a pleasant surprise. In short, despite ATCU’s rather extreme methods, they aren’t the ones killing new Inhumans. Meaning there’s a newer threat that might cause SHIELD and ATCU to join forces down the road.

Not only that, there is a post-credits update on Simmons’s currently whereabouts. I’d rather not spoil, but trust me when I say that the reveal is rather otherworldly.

Let’s hope that Season 3 springboards of the promise of this great premier. Can’t wait to see what comes next!

Now onto the second superhero premiere of the 2015/2016 fall season! 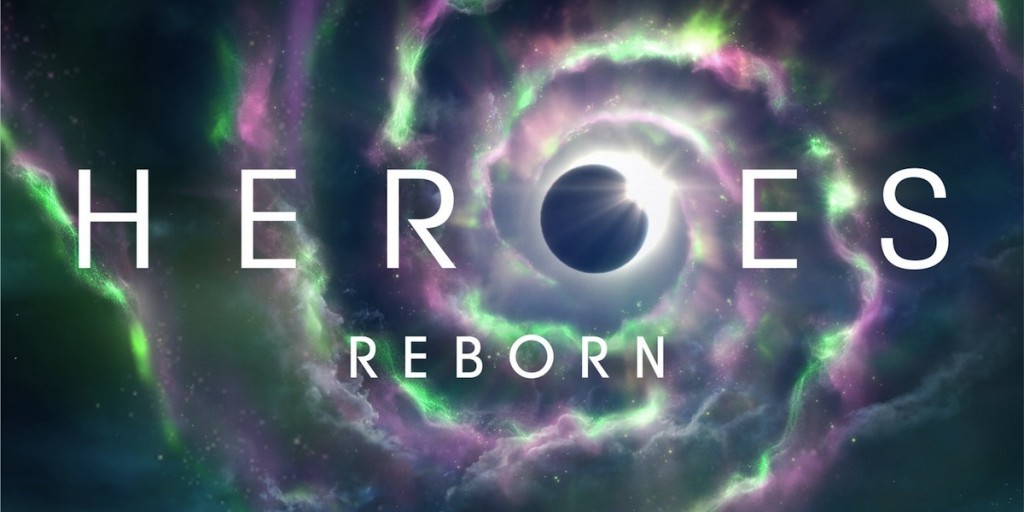 An unavoidable trend this year has been the resurrection of long dead TV franchises. 24, X-Files, Full House. Its ridiculous and not a good indictment of Hollywood’s ability to create new ideas. However, Heroes is one show where a reboot actually makes sense. The world that Heroes created has infinite possibilities, when done right (which was always the problem). Plus, Heroes came before Marvel’s cinematic golden age before it collapsed under its own heap of bad terrible writing and terrible everything in-between.

Now as extra special people with super duper powers are the norm on the silver and big screen, of course Heroes wants to capitalize on the success it help make possible.

We are thrown back into the Heroes-verse roughly 4 years after its fourth season ended when Claire Bennett rudely outed the existence of EVOs (evolved humans) to the whole world. What an asshole!

After that coming out party, EVOs were on the verge of global acceptance like a VISA. That was until a massive disaster occurred in Odessa (former location of PrimaTech), killing a lot of people. Now a year after that fateful event, EVOs are hunted down like dogs and have to go into hiding. And apparently Mohinder Suresh (the doctor obsessed with his father’s research on EVOs) was the mastermind behind the whole attack.

But did Mohinder really orchestrate the Odessa attack? Or was he just a patsy for a more malevolent threat? That is what a conspiracy theorist and Noah Bennett aka HRG are aiming to discover.

My thoughts? A decent start to this reboot. We are introduced to a slew of new characters right off the bat. A boy who can teleport things and is constantly on the move with his mother because of his gift, a gun-toting couple hellbent of killing every EVO alive due to what the Odessa tragedy cost them, and a girl in Japan who can travel inside a video game by drawing a samurai sword are just a few of the new faces we meet. With the main focus on the new characters we only see some of the original cast, mainly HRG. We see Mohinder in passing during a newscast and a brief encounter with The Haitian, the latter which ends far too soon.

By the looks of it, HRG will be the centerpiece of this new series, which is never a bad thing.

There is plenty of potential in regards to the mystery of the Odessa attack. However, I already can spot several of the same issues (character and story-wise) which caused the show to get cancelled. Case in point, the teleporting kid is a terrible actor, making his storyline rather tedious to watch.

Another big problem is despite Heroes Reborn being a reboot, there are various points with HRG’s story where a viewer needs to have more than casual familiarity with the previous series. Probably not the best way to draw in new viewers. Of course there should be nods and connections to the original Heroes series, but Heroes Reborn needs to stand on its own and at least distance itself from the crappier elements of its predecessor.

For now, I’ll keep watching Heroes Reborn unless it starts to suck again. Below is a preview of the season to come. Chime in and tell me your thoughts!