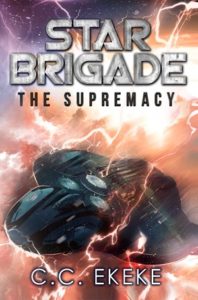 News and Updates on Star Brigade

Hey guys. Have some news on upcoming projects, as well as the Star Brigade: Odysseys anthologies release from January. I’ll start with the latter first.

The anthology didn’t sell as well as I’d hoped. Maybe a lack of interest or something, but even an Amazon Kindle Countdown deal did little to ignite sales.

Wow. Can’t believe the first month of 2015 has already come and gone. Craziness…

So my newest release, Star Brigade: Odysseys, came out in early January.